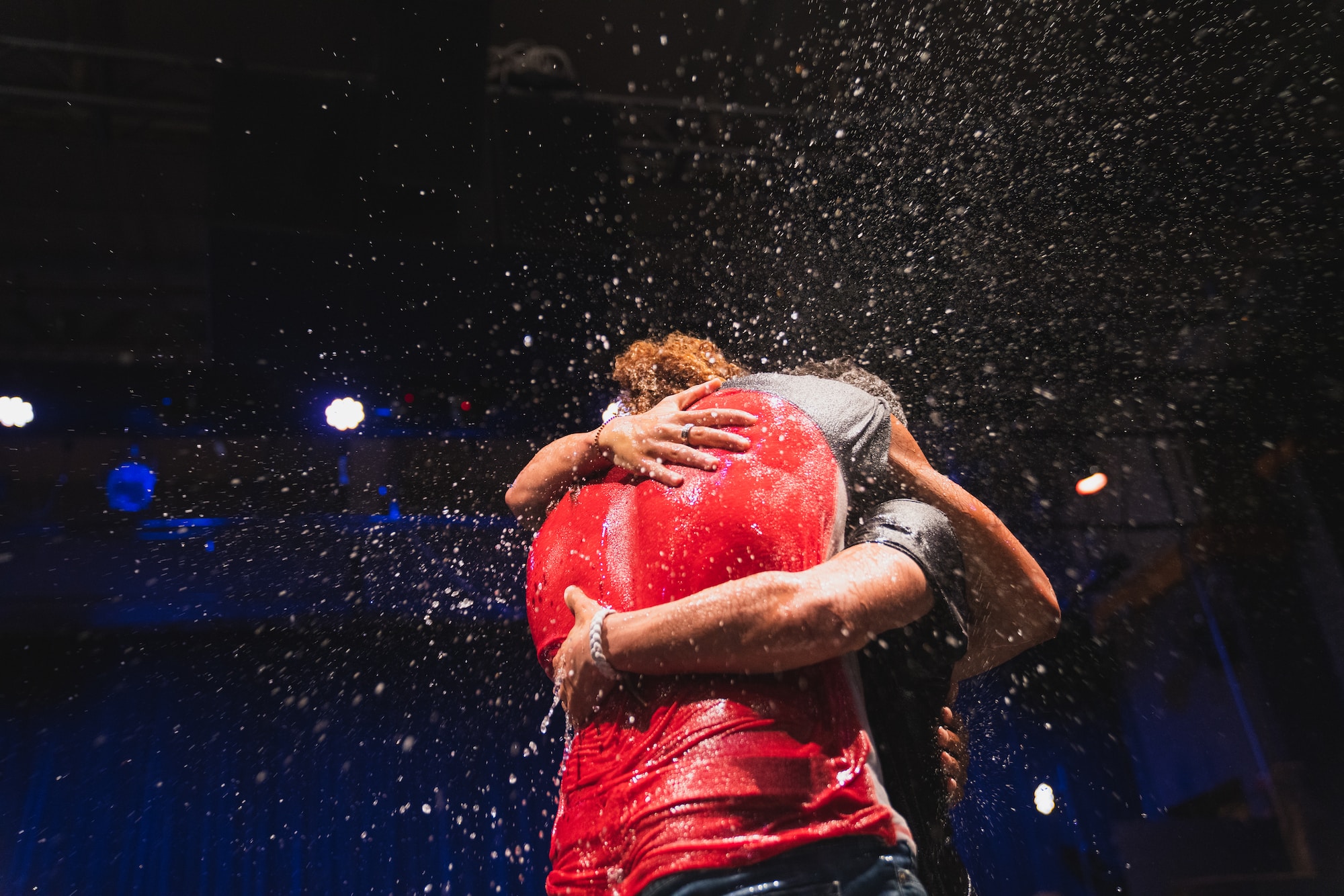 The subject of water baptism has long been called a great issue and no doubt has been made such by many church leaders of the past and present. In our study of it, let us first consider its importance, or the necessity of being baptized.

The Importance of Water Baptism

Christian water baptism is an ordinance instituted by Jesus Christ. If it is not important in the plan of God, why did Jesus command it in Matthew 28:19? And why did Peter follow up by saying, “Be baptized every one of you,” and by commanding the Gentiles to be baptized (Acts 2:38; 10:48)? We must remember two points about the importance of water baptism. First, whatever Christ definitely established and ordained cannot be unimportant, whether we understand its significance or not. Second, Christ and the apostles showed the importance of this ordinance by observing it. Jesus walked many miles to be baptized, though He was without sin, saying, “For thus it becometh us to fulfill all righteousness.” (See Matthew 3:13-16.)

It is true that water itself does not contain any saving virtue, but God has chosen to include it in His plan of salvation. Peter explained, “Baptism doth also now save us (not the putting away of the filth of the flesh, but the answer of a good conscience toward God) by the resurrection of Jesus Christ” (I Peter 3:21). According to Luke 7:30, “the Pharisees and lawyers rejected the counsel of God against themselves, being not baptized.”

The Mode Of Baptism

According to the Scriptures, the proper mode of baptism is immersion. “And Jesus, when he was baptized, went up straightway out of the water” (Matthew 3:16). “And they went down both into the water, both Philip and the eunuch; and he baptized him” (Acts 8:38). “Therefore we are buried with him by baptism into death” (Romans 6:4). A corpse is not buried by placing it on top of the ground and sprinkling a little soil on it, but by covering it completely.

According to the World Book Encyclopedia, “At first all baptism was by complete immersion” (vol. 1, p.651). And the Catholic Encyclopedia states, “In the early centuries, all were baptized by immersion in streams, pools, and baptisteries” (vol. 2, p.263). Because immersion was not appropriate for babies after the Catholic church instituted infant baptism, they changed the method of baptizing everyone to sprinkling. (See Encyclopedia Britannica, 11th ed., vol. 3, pp.365-66.)

The Formula for Baptism

Jesus commanded His disciples to “teach all nations, baptizing them in the name of the Father, and of the Son, and of the Holy Ghost” (Matthew 28:19). He did not command them to use these words as a formula, but He commanded them to baptize in “the name.” The word name is used here in the singular, and it is the focal point of the baptismal command. The titles Father, Son, and Holy Ghost describe God’s relationships to humanity and are not the supreme, saving name of Jesus referenced in Acts 4:12: “Neither is there salvation in any other; for there is none other name under heaven given among men, whereby we must be saved” (Acts 4:12).

Jesus is the name in which the roles of Father, Son, and Holy Ghost are revealed. The angel of the Lord instructed Joseph, “She shall bring forth a son, and thou shalt call his name JESUS: for he shall save his people from their sins” (Matthew 1:21). Jesus said, “I am come in my Father’s name,” and, “The Comforter, which is the Holy Ghost,…the Father will send in my name” (John 5:43; 14:26). Thus by baptizing in the name of Jesus, we honor the Godhead. “For in him dwelleth all the fullness of the Godhead bodily” (Colossians 2:9).

Luke 24:45-47 records that just before His ascension, Jesus opened the disciples’ understanding. It was necessary that their understanding be opened, and many today need this same operation in order to understand the Scriptures. Then Jesus said to them, “Thus it is written, and thus it behoved Christ to suffer, and to rise from the dead the third day.” The disciples had their understanding opened so that they could grasp the vast importance of the death, burial, and resurrection of Christ. Verse 47 describes the commission that Jesus then gave: “And that repentance and remission of sins should be preached in his name among all nations [Jews and Gentiles], beginning at Jerusalem.”

Peter was one of that number to whom Jesus had spoken and whose understanding had been opened. After having listened to these instructions, a few days later he was inspired by the Holy Ghost to preach on the day of Pentecost. The hearts of the hearers were pierced and, feeling condemned, they cried out to Peter and the other apostles, “Men and brethren, what shall we do?” (Acts 2:37). Peter did not hesitate but boldly answered, “Repent, and be baptized every one of you in the name of Jesus Christ for the remission of sins, and ye shall receive the gift of the Holy Ghost” (Acts 2:38). “Then they that gladly received his word were baptized, and the same day there were added unto them about three thousand souls” (Acts 2:41).

Some say that Peter told them to be baptized in Jesus’ name because they were Jews and this baptism was to make them acknowledge Jesus Christ. But let us go with Peter to the house of Cornelius several years later. Cornelius and his household were Gentiles, yet there again Peter “commanded them to be baptized in the name of the Lord” (Acts 10:48). (Most translations actually say, “In the name of Jesus Christ.”) If Peter was wrong on the Day of Pentecost, he surely had ample time to be corrected before he went to the house of Cornelius.

Was Peter wrong on the Day of Pentecost? When the hearers were prickled in their hearts, they spoke to Peter and to the rest of the apostles (Acts 2:37). This included Matthew, who wrote Matthew 28:19. Moreover, when Peter preached, he stood up with the eleven (Acts 2:14). Matthew was there, yet we find no words of correction from him. He surely would have spoken up if Peter had disobeyed the Lord. But all the apostles understood and carried out the Lord’s commission. As Jesus said in prayer, “I have manifested thy name unto the men [the apostles] which thou gavest me out of the world…and they have kept thy word” (John 17:6).

Let us see how Paul, the apostle to the Gentiles, baptized. He went to Ephesus many years after the Day of Pentecost and found some disciples of John the Baptist there. “He said unto them, Have ye received the Holy Ghost since ye believed? And they said unto him, We have not so much as heard whether there be any Holy Ghost. And he said unto them, Unto what then were ye baptized? And they said, Unto John’s baptism. Then said Paul, John verily baptized with the baptism of repentance, saying unto the people, that they should believe on him which should come after him, that is, on Christ Jesus. When they heard this, they were baptized in the name of the Lord Jesus” (Acts 19:2-5). Although these disciples had already been baptized, the name of Jesus was so important as to cause them to be re-baptized in His name.

We do not believe that Paul changed the formula or mode of baptism when he baptized Lydia and her household (Acts 16:14-15) or the Philippian jailer. The latter came trembling and fell down before Paul and Silas, saying, “Sirs, what must I do to be saved? And they said, Believe on the Lord Jesus Christ, and thou shalt be saved, and thy house. And he took them the same hour of the night [shortly after midnight], and washed their stripes; and was baptized, he and all his, straightway” (Acts 16:30-33). How can we doubt that Paul baptized these people using the same mode and formula that he used elsewhere, that is, immersion in the name of the Lord Jesus Christ?

Paul was not with the apostles when Jesus gave his final instructions to them in Matthew 28:19 and Luke 24:47, yet Paul baptized in the name of the Lord Jesus. How did he know what to do? He said that his gospel was not a tradition of men but a revelation from God. “I certify you, brethren, that the gospel which was preached of me is not after man. For I neither received it of man, neither was I taught it, but by the revelation of Jesus Christ” (Galatians 1:11-12). Paul was chosen to bear Jesus’ name to the Gentiles, and he wrote many divinely inspired epistles to the church. To this apostle, God revealed the mystery of the church, “which in other ages was not made known unto the sons of men, as it is now revealed unto his holy apostles and prophets by the Spirit” (Ephesians 3:5). Paul claimed to have divine authority: “If any man think himself to be a prophet, or spiritual, let him acknowledge that the things that I write unto you are the commandments of the Lord” (I Corinthians 14:37). And Paul wrote, "Whatsoever ye do in word or deed, do all in the name of the Lord Jesus, giving thanks to God and the Father by him” (Colossians 3:17). Water baptism is done in both word and deed. We cannot afford to overlook this command to the church.

The church is “built upon the foundation of the apostles and prophets, Jesus Christ himself being the chief corner stone” (Ephesians 2:20). The apostles not only preached baptism in Jesus’ name, but they practiced it. Nowhere can we find that they baptized using the words “in the name of the Father, and of the Son, and of the Holy Ghost.” Instead, we find them baptizing in the name of the Lord Jesus Christ. In baptizing in Jesus’ name, they fulfilled the command of the Lord in Matthew 28:19. Paul said, “But though we, or an angel from heaven, preach any other gospel unto you than that which we have preached unto you, let him be accursed” (Galatians 1:8). Let this be a solemn warning to us.

Some say that they will accept the words of Jesus in Matthew 28:19 but not those of Peter in Acts 2:38. But Peter spoke on the Day of Pentecost under the anointing of the Holy Ghost. Peter was one of the apostles, and to him had been given the keys of the kingdom, so we have no right to discredit his words.

In Mark 7:8 Jesus said, “Laying aside the commandment of God, ye hold the tradition of men.” History tells us that it was not until many years after the apostles that the mode and formula of baptism in the name of Jesus Christ were changed. (See Hastings’ Dictionary of the Bible, vol. 1, p.241.) Which means more to you, the command of the Lord or the tradition of men?